There are two days a year that I grieve this loss, and today is one of them.

Today would have been Mike Maloney's 63rd birthday.

It seems weird to say that I still grieve him, more than eleven years after I saw him last, but I do. I will say that I don't really think of him often, except at this time of year: even before his death, his involvement in our lives was so limited that he was more of a supporting character than a major player.

Though he wasn't a "father" in the traditional sense of the word, for a time he was ours and I won't discount the ways that his life shaped mine - both by his presence in my childhood and his absence in my adulthood. I will even say that he taught me a lot about what a husband and father should do - mostly through lessons on what a husband and father should never do.

I would be lying if I said that I didn't wish Mike could have been a different kind of man, a kind that relished surprising his wife with flowers for no reason, or the kind that signs up to be a Tee-Ball Coach or Field Trip Chaperone. Even just the kind that is there - day in and day out - raising his children and living his marriage vows.

I wish he would have been able to do those things, but he couldn't or wouldn't. And that's ok. Both in his life and in his death, the way Mike was - the kind of husband and father and son and human - helped shape me (and probably the rest of my family) in to the kind of people we are today.

So even though I miss him on days like today, or think on questions that will never be answered, I know that he contributed the best and worst parts of himself to us, and through the worst parts of him, he helped us to be better than that, better than him, and in some ways - that's what a parent should do. 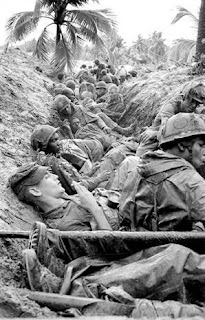 I've turned word verification on because of spam comments. Apologies! I love your comments!